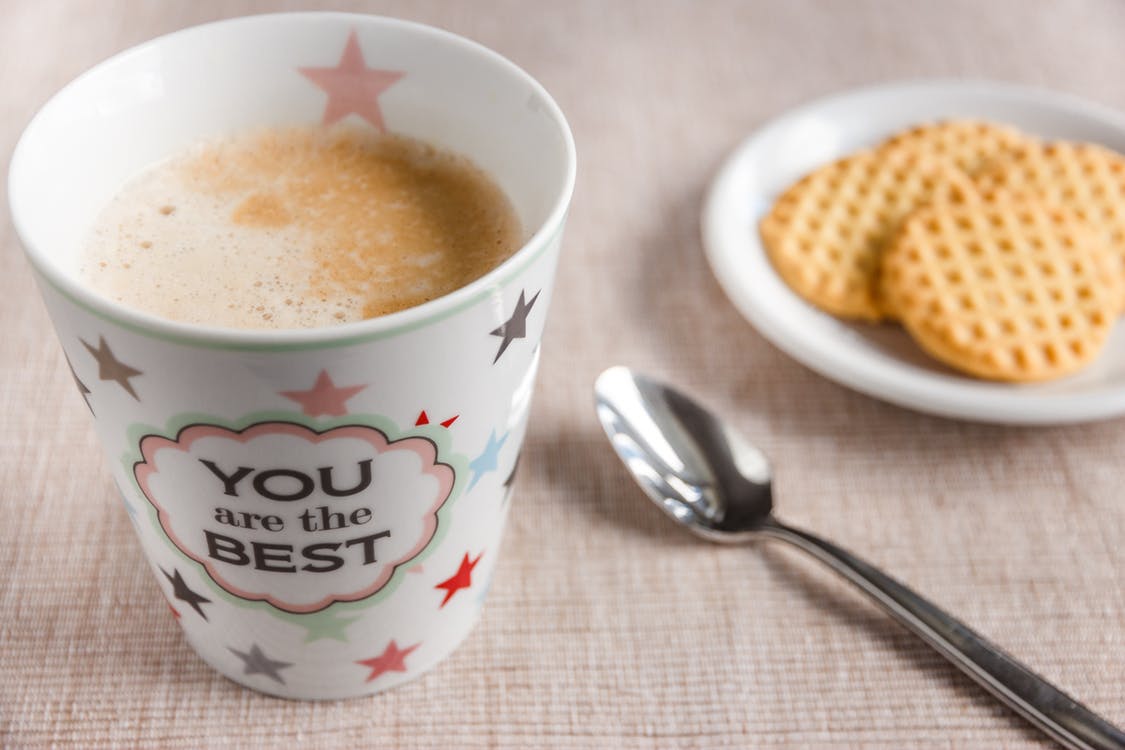 I have a ritual for the past few months – this is to at least read a couple of blog posts by other people every day. Even when I have not written or published on my blog for months, I kept this habit to read others’ blogs.

I found my favourite bloggers and I also met a few good people through doing this activity.

One of these people I met online is Lebogang Mdlankomo. I was intrigued when I saw her video Why I decided to join Toastmasters International. One of the reasons was that I recently met someone who hosts a Toastmasters club.

So I had to find out more – being the busybody that I am.

While watching Lebogang’s video, I learned that we shared something: we both are working towards growing ourselves to become a better version of ourselves. We both want to show our children that you can be anything you want to be!

In her video, Lebogang shares her first-time experience at a Toastmasters International Club event which was hosted in Diepkloof, Soweto.

She also mentions something she struggled with as a child.

I have asked Lebogang to write and share with us how her journey of self-discovery started and why she is “all about personal excellence”.

Here is her story: 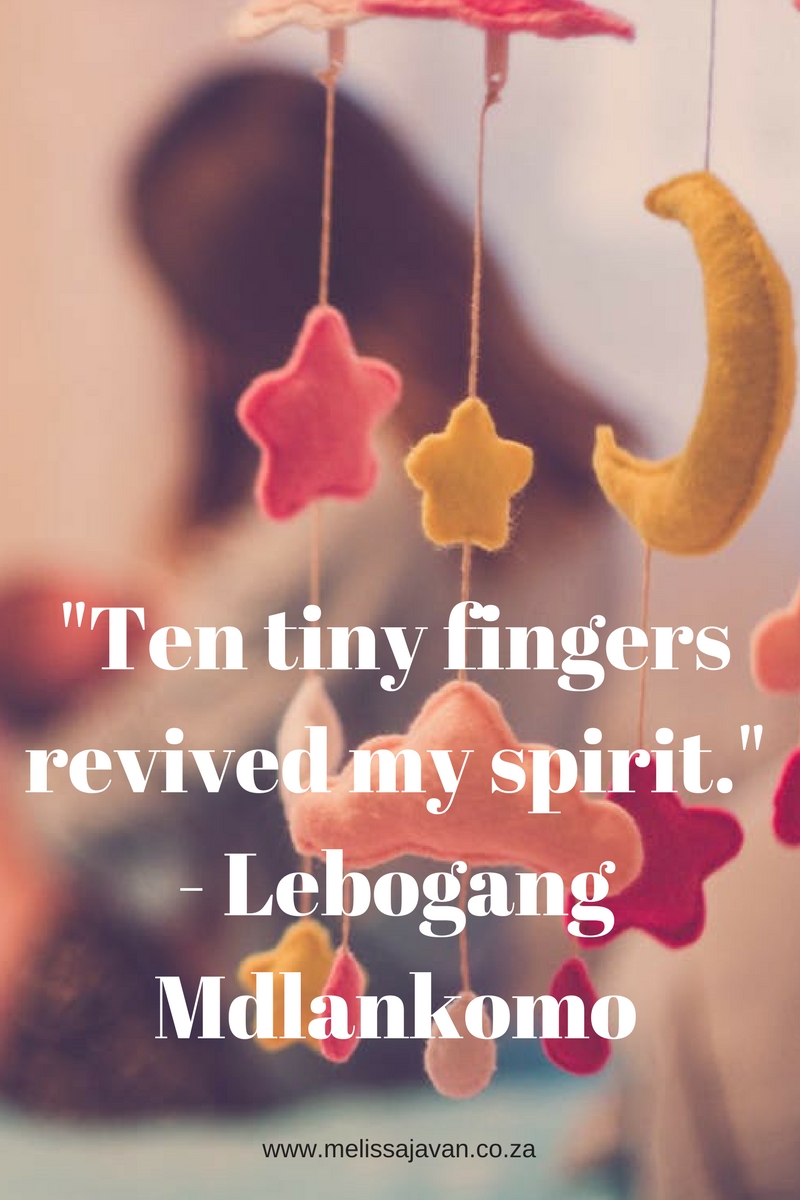 Many of you may know the quote: “I thought of quitting, but then I noticed who was watching.”

It took me a drive with tears streaming down my face on 1st March 2016 to catalyse my connection to this quote.

It was my first day at my new job, with my precious son just a few days shy from turning two months. Who would have thought that I could debunk the promise that brands selling waterproof mascara tell us in just a few seconds after I left him for the day?

The indomitable me crumbled as I drove to my base situated in the leafy northern suburb of Parktown.

I know that some people may question my decision to work while he was so young, but I was never one to pass up a great opportunity, especially one that presented stability.

I had broken all the cultural and social “rules” by taking on this new job, and I was certainly at a point where people’s views did not faze me as they scowled at my decision from atop their soapboxes.

A woman on a mission
I will not lie; starting my career in the corporate world was harder than I thought … it dawned on me on many occasions of the very reasons why a mother is given a fair period to not only bond with their young but heal from the birthing toil.

However, as tired as I was, I remained steadfast in my mission and that meant putting my big girl boots on – Every. Single. Day.

My mission? Simple. To give nothing but my best to the little being whose eyes remain affixed on me, expecting me to provide for them. After all, I am his mother and should not anticipate anything less from him.

However, I did not realise that in return he provided me with infinite motivation.

A force to be reckoned with
It became apparent that my new job and individuals I encountered along the way presented the chance to unlock the potency I used to possess.

I lost this verve a few years prior to having my son, when I was in a job that did not allow me to spend time with my family – the aspect of my life I valued most.

However, as a twenty-something year old trying to make it in the journalism world I felt that I had to be grateful for the opportunity, so I piped down – which meant a part of me was dying, slowly.

Fast forward to 2016, three years and one job later, I walked towards my destiny with an undeniable force. If there was anyone I wanted to be proud of my hard work, choices and persistence, it was my son.

Weeks passed, my precious baby was healthy and my energy levels had risen, all thanks to that extra ounce of sleep I was getting.

My sudden vitality made me think long and hard about everything I have always wanted to but in most cases ended up shuffling in the opposite direction of.

So I dedicated this year going forth to greatness. To date in a space of three months, I started a book club, revived my YouTube channel and joined Toastmasters International.

I really want to be the best version of me for my son and these layers have made me realise my true potential.

I really want to be the best version of me for my son, says South African vlogger, Lebogang Mdlankomo.
Click To Tweet

He made me do it
I am an avid reader and this activity has always assisted me through life, especially in my formative years.

A passage from a book I recently picked up as I casually strolled through a mall got to me.

Eat Pray Love Made Me Do It comprises entries from people across the world, who share what Elizabeth Gilbert’s offering did for them.

Part of a contribution by Lisa Becker in conversation with her old soul of a daughter about her life as working mom in comparison to her friends’ moms who did not work, read as follows:

“No I love being a mom … and the fact that I work and I am a writer makes me a better mother.”
She pondered this. “Are you saying you’re trying to be a good example for me?”
I laughed. “YES!” I said. “I did not join your life, you joined mine, and it’s my responsibility as your mother to show you what is possible … to lead by example … to support all your passions … to teach you how to be creative … how to follow your dreams … and how to love yourself first.”

The penny dropped and I realised the tears shed on that first day were my son’s hand at work, cliché as it may be, he really was and still is my driving force.

Lebogang is a communications enthusiast, with a background in Journalism and Public Relations. She introduces herself as a “slashy” because of the nature of her job and the work she is exposed to, often requiring her to wear many hats.

An avid reader who’s working towards being a public speaker has a vlog titled ThroughEllesEyes, which she describes as focusing on “life, love, laughter and everything in between”.

To watch entries on her YouTube channel, go to: http://www.youtube.com/c/throughelleseyes